Pieces of a Man

Jamel Shabazz was born and raised in Brooklyn, New York. At the age of fifteen, he picked up his first camera and started to document his peers. Inspired by photographers Leonard Freed, James Van Der Zee, and Gordon Parks, he was marveled with their documentation of the African American community. In 1980 as a concerned photographer with a clear vision he embarked on a mission to extensively document various aspects of life in New York City, from youth culture to a wide range of social conditions. Due to its spontaneity and uniqueness, the streets and subway system became backdrops for many of his photographs. His many solo exhibitions include “Men of Honor”, “A Time Before Crack”, “Pieces of a Man”, “Represent”, When Two Worlds Meet”, “Back in the Days,” and “Seconds of my Life” shown from Argentina to The Netherlands, England, Italy, Germany, France, Japan and throughout the United States. He has been a significant presence in multiple museum exhibitions of contemporary photography. He has been a teaching artist with the Rush Philanthropic Arts Foundation; the Bronx Museum’s Teen Council youth program, The International Center of Photography, Friends of the Island Academy; and the Studio Museum in Harlem’s Expanding the Walls Project.

The impression this beautifully produced book offers is the work of a man who is able to capture the myriad moods and conflicts and joys of the people on the street who capture his interest. The images are in both black and white and in rich color and span the age of people form infant to the elderly. In addition to the visual splendors of the book are the erudite essays by Paul Farber, Akintoka Hanif, Terrence Jennings and Sohail Daulatzal. 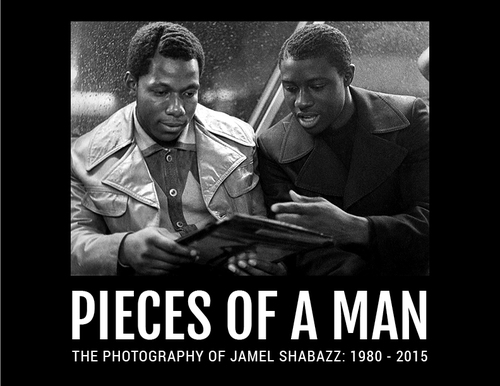