Detroit photographer Leni Sinclair is the great, unsung artist of the counter-culture. As the wife of radical activist John Sinclair, Leni Sinclair was uniquely positioned to document the fascinating youth revolution that took place in Detroit in the ’60s. In 1964 the Sinclairs founded the Artist’s Workshop, which was conceived as a gathering place for poets, musicians and writers. By 1967 the Workshop had evolved into the Trans-Love Energies Commune, and the following year the Sinclairs founded the White Panther Party in solidarity with the Black Panther Party. Met with the aggressive tactics of the Detroit Police Department, the Sinclair circle became increasingly radicalized, and finally reached a point of advocating « a total assault on the culture by any means necessary. » Unique to the Sinclair’s brand of organized resistance was a belief in « revolution by rock’n'roll. » The White Panther Party’s minister of culture was the MC5, a rabble-rousing quintet formed in 1967, whose outrageous concerts were conceived as catalysts for change. John Sinclair managed the band, and during his years in Detroit he booked hundreds of concerts: All the major musical figures of the counter-culture – Hendrix, John Lennon, the Who, and Janis Joplin, among others – passed through Detroit. Beat poets such as Allen Ginsberg and Gary Snyder did residencies there, and radical leaders –Abbie Hoffman, Huey Newton, Jane Fonda, William Kunstler – came to offer support. There were love-ins, riots, hootenannies, armed confrontations with the police, and endless committee meetings of earnest longhairs, gathered in rooms with walls plastered with posters of Malcolm X, Mao, and Huey Newton. It was a period of unprecedented upheaval in Detroit; this is the story Leni Sinclair’s photographs tell. This book is publised by Mike Kelley. 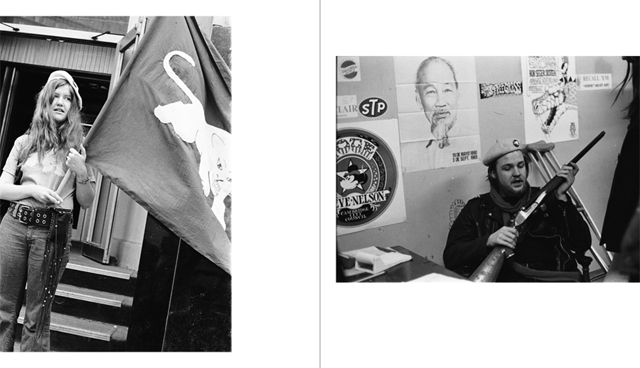